I like to do live-lit performances now and again, but I knew I was in over my head with a six-hour audiobook and more than a dozen highly complex characters, so I am thankful Professional Narrator Cindy Piller auditioned to perform the audiobook for Painting With Fire. Now, the audiobook is on sale on Amazon, Audible and iTunes, and I am immensely pleased with her work. Here's a Q&A with the highly talented Cindy Piller. She's more than just a pretty voice.

1. How many books have you voiced and why did you choose to narrate Painting With Fire?

Painting With Fire is my 19th audio book in the 21 months since I started working in this genre. I was curious about Claudia and Tom, their relationship and situation. I wanted to read more about them and figure out the story behind the murder. I figured that if I was interested, other listeners would be as well.

2. How were you able to differentiate voices so well in a novel that has well over a dozen characters?

In all honesty, the majority of the credit belongs to the author. The author’s words — dialogue and description — fuel my imagination. Sometimes I don’t know exactly what a character will sound like until the words come out of my mouth into the microphone. The words really do the “heavy lifting.” And, while I have always been a people watcher, I’ve become a dedicated people listener. When I hear a different cadence, tone, attitude, I file that away in my brain to use when the time is right. Music and singing has always been an important part of my life and that helps with pitching a character’s voice, but the emotion and attitude of a character is key. When I get a character right, especially the characters who go and then to the manuscript, I record a snippet of their voice and file it so I can listen to it later and provide consistency

3. Can you tell us about your background in acting and narration?

I’ve loved acting since early childhood, always creating and putting on “shows” which family members patiently watched. Later that evolved into wild and crazy pep rally skits at my very small high school in addition to any production I could work into my schedule. Music and drama were my passion in college and I was always in a production. While theater may seem like an impractical major, I took a number of classes in other areas of study at my liberal arts school, and, honestly, have used them all in what turned out to be a series of really interesting (and equally unusual) jobs. I was on the stage until I could no longer deal with rehearsal schedules. I continued acting and presenting, using different media and venues. With my home studio, narration is a perfect way to do what I love, and still enjoy life. It’s not that I can’t, won’t, or don’t travel for a job, but with today’s technology, I can work with people from all over the world, often from home.

4. What was the most fun part of producing this book?

I loved voicing the variety of characters in the apartment house and watching the relationship between Claudia and Tom evolve as they faced their individual fears, insecurities, and abilities. While outwardly seeming fairly bold, they have both been burned by life. They have a lot of doubts about themselves as individuals and some serious trust issues.

5. Who was your favorite character and why?

What? Pick one? You must be kidding! I don’t play favorites with “my” characters. However, I will say that the scenes with Grandpa and Doris were irrepressible fun. They are both such…characters.

When I’m doing a book, I think about its characters for hours at a stretch. I envision them running errands when I’m doing mine and wonder how they walk or judge a piece of fruit at the supermarket. They pretty much live with me throughout the day, kind of like one of your good friends who is going through something — and these characters are always going through SOMETHING. Interestingly, I never dream about them. I have been known to cry during a scene, become so angry that I shake, and when it’s scary, my heart pounds. It’s sort of a highly enjoyable schizophrenic experience

7. Why should fans give the audiobook a listen? Do you think the audiobook version offers a different experience than just giving it a read?

This is a perfect book for a commute, sorting socks from the dryer, sewing, crafting, exercising at the gym, or taking a long walk. I don’t usually listen to audiobooks before going to sleep. Those who do might stay awake a little longer to find out what happens next, but I don’t think they will suffer from screaming nightmares. I do think the audiobook offers a different experience than just giving it a read. I used to be a purist about reading, but now I listen to audiobooks all the time. It isn’t cheating. They provide a fuller, greater depth of experience. I love a good mystery and have been know to read very quickly to catch the crook or killer. In the process, I’ve lost some of the very best words, descriptions, and dialogue. In my experience, great audiobooks are paced so that you get the true essence of the author’s words and characters without being bored or skipping forward.

To view the trailer and hear an audio snippet from Painting With Fire's prologue, click below.

Narrating audiobooks is something Cindy Piller always wanted to do, but until two years ago, she wasn’t sure was possible from her Colorado location. With technological advances and subsequent training along with her B.A. degree in theater and voice, post grad education in communications, performance experience, and a variety of strange but wonderful jobs in journalism and marketing, her audiobook career is really taking off. Since September 2015, she has 18 audiobooks under her belt with 4-5 star ratings and over 6400 rights share sales, in addition to per finished hour projects. It’s a very different world than her prior work with voicing commercials, taping PSA’s and videos for non-profits and schools or from providing medical education courses for major medical groups across the country, including 3M Medical.

Piller loves narrating mysteries. She has voiced Mind Over Murder by Evelyn David, a writing duo who after working on many projects together still have never met (they’re afraid it will mess up their “chemistry”). She’s done the three most recent Kali O’Brien mysteries by Jonnie Jacobs, along with Jacobs’ suspense novel, Payback. She recently finished voicing Painting with Fire: An Artistic Murder Mystery by K.B. Jensen, a former crime reporter from Chicago.

In addition to historical and biographical projects, Piller has also done four books in Monica Leonelle’s very popular growth hacking for storytellers series with a fifth due to release soon. 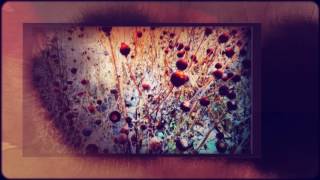